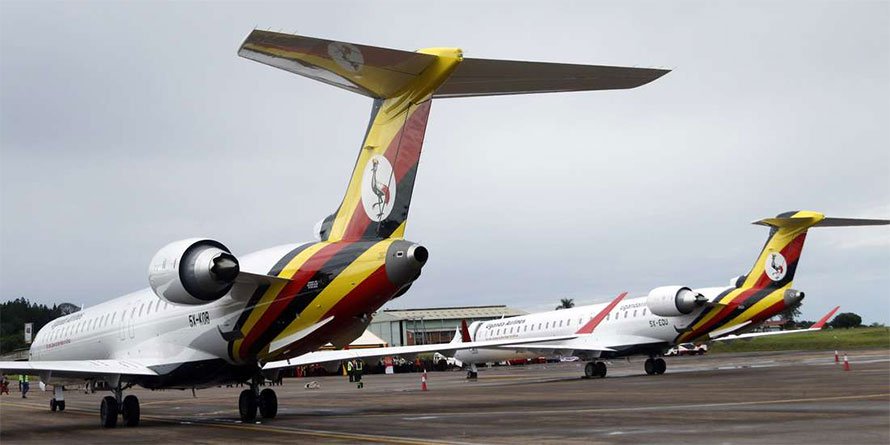 10 JunUganda Airlines to land in Nairobi on maiden flight

Uganda Airlines has announced plans to commence the maiden flight on the Kenyan route, a move poised to raise competition on the Nairobi-Entebbe route.

On its twitter account, the airline said it was making preparations to commence its first flight at the Jomo Kenyatta International Airport following its revival recently.

The move will come as the biggest challenge for Kenya Airways and its subsidiary Jambojet, which ply the route. The route is also operated by Rwandair.

“Ready to fly with us on our maiden flights? Well, pack your bags Uganda; for we are heading to Nairobi,” said the airline on its official tweeter account.

The move, however, might come as a reprieve to passengers flying the route as the fight for passengers is expected to result to lower charges.

The Kenya Civil Aviation Authority (KCAA) director general Gilbert Kibe, however, told Shipping and Logistics that the agency has not received the request from Uganda Airlines.

“I have not seen the request although being a bilateral Air Service Agreement members, they would route their request via the ministry,” said Mr Kibe.

Uganda Airlines acquired two aircraft in April this year as it started plans of reviving its national carrier to ply regional routes before expanding to Europe and other destinations.

The carrier is expected to start operations anytime soon. Founded by former dictator Idi Amin in 1976, Uganda Airlines was liquidated in the 1990s by Mr Museveni under a broader programme to privatise troubled state firms and open up the economy.

Mr Museveni is on record complaining about fares being charged by Kenya Airways on the Entebbe route due to limited competition and the absence the Ugandan national carrier. This signals the Ugandan carrier will be keen to trigger a price war on the route.

Budget carrier Jambojet is expanding to regional routes as it seeks to increase its revenue and establish presence in different African countries.

At the moment the airline is engaging the individual governments to seek approval.

Jambojet plans to lease four more aircrafts this year as it seeks to boost its fleet in readiness for launch of the above routes in the second quarter of this year.